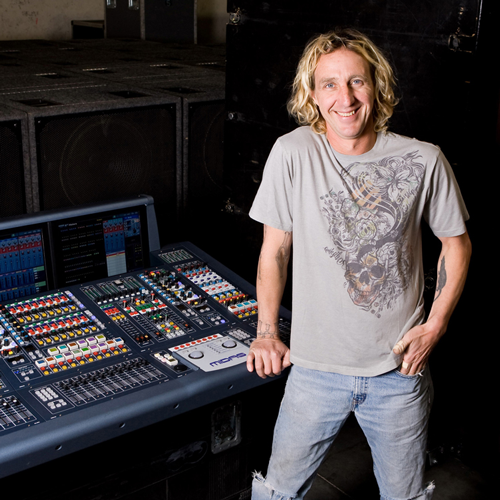 How It Began
Finding Solutions

“I came up with the XLR Sniffer/Sender way back in 1996 when I was on tour with Rage Against the Machine as the Front of House Engineer. It was a festival show and we were under a lot of pressure to move fast, get the line check done and start the show on time. Everyone is rushing around, time is running out and when they get to lead vocal, I get nothing. Uh oh, the lead vocal mic isn’t working, so I shout down. Talk back Clearcom lights up and the monitor engineer, Brian informs me he has the same issue. I then helplessly watch as a stage tech runs to the mic case, searches for another vocal mic, changes the mic, calls me on the radio, I test it and "nope, still dead." He dashes off to grab and swap the mic cable, and calls back, "Nope." Then he disappears to start some trial and error on the sub snake patching, calling me over and over again.

Meanwhile the stage manager is losing his mind, management is asking me what the issue is, everyone wants to know "Why we are late?" and "How long will be?" Brian and I are trying to test and get all the other things done that we need to deal with before the show starts. I was thinking, what if there was a simple way to troubleshoot bad mic lines? What if there was a way that the stage could solve the bad input without having to call and ask "Does it work now?" So after some pondering, a few trips to the electronics store, a mess of wires, and metal filings in my garage, I came up with some tester units that greatly simplified the process of troubleshooting bad mic lines.